Howdy everyone, I hope you all are doing well and perhaps had chance to visit your FLGS and pick up one of the many Free RPG items that were available. I, myself, went out on the pleasant yesterday and came back with 3 items for Cosmic Patrol, Lamentations of the Flame Princess, and Star Wars Edge of the Empire, plus a small steampunk'ish d6. Without further ado:

Weighing in a 24 pages, Catalyst Game Labs' Cosmic Patrol Quick-Start Rules: The Eiger Agenda booklet is a nice little package. Complete with quick-start rules, a few pregens (only 3 which including the GM/LN makes it for a pretty small group), and a bunch of missions. I think this is a great pickup for Free RPG Day as it gives you everything you pretty much need to run a one-off with a couple of your friends. (Except dice of course.)

Here's a brief overview of the meat of the game: 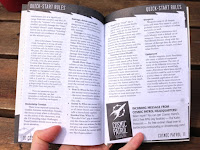 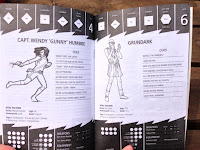 Cosmic Patrol's previous year entry for Free RPG Day is available online; 'The Kahn Protocols' in PDF format. For that, blank NPC dossiers, and the books on electronic check out Battlecorps or Drive Thru RPG. As of this posting Drive Thru RPG also has the Core Rulebook and Into the Cosmos on Sale! I might totally jump on this opportunity.

Final thoughts: Although the lack of art in the booklet may put some people off from picking it up, having read through it has made me glad I had. It's a nice, self-contained game that'd be perfect to play on a rainy day or when you need something to play last minute. It also does a good job of making me interested in acquiring the full version.

(Related Note: My post on Thrilling Tales' Title-O-Tron & Pulp-O-Mizer would also be an excellent gametool for this game given it's bent toward retro-futuristic pulp.)

Star Wars - Edge of the Empire: Shadows of a Black Sun

This was my must get for Free RPG Day. The first couple pages of this 38 page booklet are rules summery, with abridged versions of the Spending Advantage, Triumph, Threat, and Despair in Combat; and Critical Injury Result tables from the upcoming Core Rulebook, nothing new to those who've played the Beginner Game. After that you have a single-page galactic-gazetteer on Coruscant, and the pregenerated characters follow.

You get four, highly-detailed, well-equipped pregen character sheets, which FFG has also made available for download here along with two bonus characters. (I think its great that when publishers provide PDFs of pregens, but throwing in bonuses is awesome.) The layout of pregen sheets looks even better than the ones from the Beginner's Game (which is understandable given that was for introductory purposes and this is getting closer to the Core product.) They did a good job tying in the characters' backstories with their Obligation, which is something they didn't include in the Beginner Game. Although Obligation is going to have a larger mechanical and narrative role in the Core Rulebook, they were able to include a simplified version for this adventure that illustrates the balance of taking on additional Obligation to gain more talents and/or equipment now at the risk of it getting themselves into trouble later.

The other half of the book is the eponymous adventure in three parts. The brief summary is a group had been hired to infiltrate a Black Sun facility on Coruscant retrieve vital data on a bounty hunter, and had just downloaded the data when an alarm had been tripped. They need to escape, and track down their target before they end up with a bounty on their heads.

The adventure itself is pretty well written and good at keeping things interesting. If I have one gripe, it's that they altered the stat block layout for NPCs: you're forced to either double check or know off hand which characteristics relate to which skills because it doesn't tell you; this slows things down when you need to construct a dice pool. I prefer the stat blocks presented in Escape From Mos Shuuta and The Long Arm Of The Hutt, where the coloured dice glyphs where presented for ease of constructing a dice pool. The rest of the booklet still uses the coloured dice glyphs for other things; and IMHO when you compare the stat blocks from those two adventures to this one, its not like these new stat blocks are saving that much more space on the page. That's just my 2 decicreds.

On thing I do really like about this adventure is that they put in rules for playing Sabacc that makes it more interesting than your average task roll. Clever.

Final Thoughts: A solid EotE adventure that I'm glad to put on my shelf with the other two until I can take it for a whirl. And how can you beat that price? ;) I've heard tell that FFG is going to eventually release it on PDF (probably around the beginning of July) for those who couldn't grab a copy on Free RPG Day.


Lamentations of the Flame Princess: Better Than Any Man

If Shadows of a Black Sun was my must get, than the minute I flipped through Better Than Any Man I knew this would be a close second.

LotFP is a weird fantasy OSR RPG that has been a "controversial" game during it's run. It has some very adult themes (note the Ages 18+ Explicit Content on the cover), and some graphic art that goes for shock value with gory/brutal/hardcore depictions. Apparently Better Than Any Man was 'sold' behind the counter in some shops or even in one case banned.

If one can liken RPGs to genres of music, then LotFP is the more aggressive spectrum of heavy metal; which fine by me cause I love metal. \\m//

That addressed, let's discuss this. First of all, for those who are unaware, LotFP's entry for Free RPG Day was the result of a very successfully funded kickstarter, which reflects it's production values and near 100 page count. 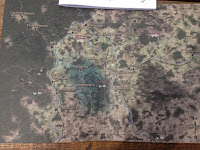 First off, the gorgeous front and back cover of the adventure are separate from the booklet, and unfold into a great colour map of the area of Lower Franconia.

The first couple pages of the booklet itself are a Table of Contents, a list of OSR internet resources, the Author James Edward Raggi IV's Notes, and Using This Adventure. Right of the bat the author address that there are no quickstarter rules and why they choice not to include them.

That being said, Better Than Any Man doesn't necessarily require LotFP to run; it can easily be adapted in any old school (OSR) system with a few changes. (I'd suggest downloading the art-free PDF copy of the LotFP rulebook freely from RPGNow)


On to the adventure itself, which fills up the remaining entirety of the booklet. Now, as I want to get this review up today, I haven't had time to read all ~93 pages of the adventure, so my impressions are just from flipping through it and reading here and there. The adventure takes place in October 1631 in and around Karlstadt, a small town outside of Würzburg; as a blend of historical truth, anachronistic history, myth, and pure fiction. The two main concepts are that Karlstadt was recently taken over by a group of sorcerers, and the Swedish army is slowly approaching from the north where the bleak situation will rapidly degrade upon their arrival. The PC's must try to survive and hopefully profit from this environment. 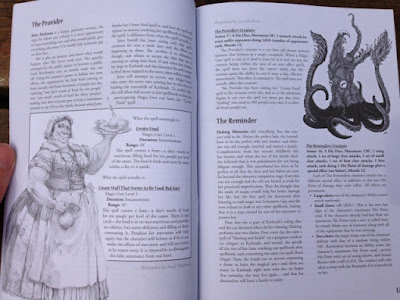 Better Than Any Man has a great collection of evocative artwork in it. Most of the creatures have a positively lovecraftian bent to them, and are pretty brutal. The adventure itself is more presented as a open-world sandbox than a linear series of plot points or encounters. There is an ongoing, overarching series of timed events in the world, but these could have little effect on the PCs depending on the situation. There's so much material in here, I doubt even a quarter to a fifth of it would be even touched upon if one decided to run this as a one-shot session. Its much better suited to be played in series of sessions or a short campaign. 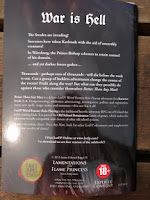 Final Thoughts: Definitely one of the booklets worth its weight in money, if it wasn't already free. If you're a fan of OSR games and not too squeamish on dark subject matter, I'd recommend this. Eventually this may become available on PDF.


The Stuff I Didn't Get But Flipped Through

As I only had a limited selection for these free booklets that I could take, I spent a bit of time leafing through the rest, and here are my brief impressions: 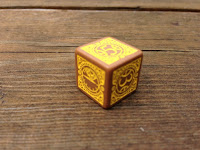 Whew, I am spent. I hope this has been informative. Now I need to clean and organized the house, and maybe get started on the secret project I'm going to be posting soon.

I'm interested to hear your opinions on this years Free RPG Day products! Comment below or message me! 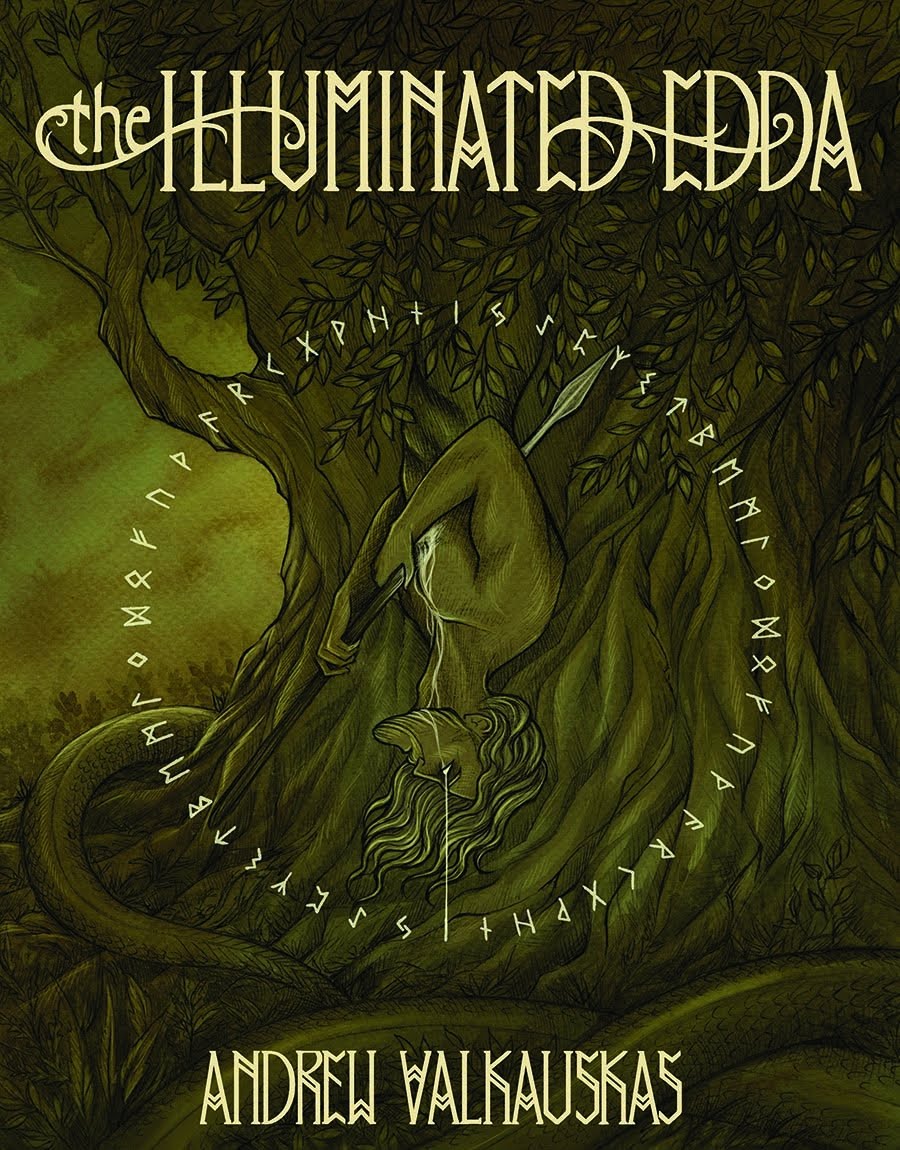